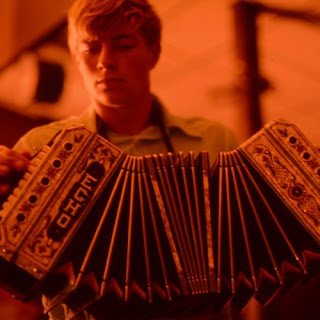 Stay Young, Go Dancing from MinneCulture
Is there any debate about the most legendary venue in Minnesota history? Well, some say it’s definitely not First Avenue, or even that it is anywhere near the Twin Cities. Deep in the middle of the corn and soybean fields of rural Sibley County, behind a chain link fence topped with barbed-wire, there sits a massive building complex that was once considered to be the polka capital of the world: The Gibbon Ballroom. Tonight, in this award-winning documentary, we present the colorful history of this infamous Midwest venue, as told through the voices of the musicians, dancers, and local residents who loved it. Produced for KFAI by James Napoli and edited by Melissa Olson.

A Toast to the Original Champagne Lady from MinneCulture
During the Great Depression, her voice lifted spirits. During the big band era, her beauty radiated from the stage of St. Paul’s Prom Ballroom. But Lois Best-Herman will likely be best remembered for her work as Lawrence Welk‘s first “Champagne Lady.” Herman died at the age of 98 in October of 2016. KFAI’s Britt Aamodt shares this appreciation for the famed singer.

For the Kim Loo Sisters, It Was About Jazz from MinneCulture
The Kim Loo Sisters were another trio of boogie-woogie singing sisters from Minneapolis. During the thirties and forties they toured Europe, made numerous appearances in Hollywood films, and performed on Broadway. They shared top-billing with names like Frank Sinatra, Jackie Gleason, and Benny Goodman. Yet today, their legacy is largely forgotten. Now, the daughter of one of “The Kimmies” is making a documentary film aiming to share the sisters’ surprising story. KFAI’s Diane Richard reports.