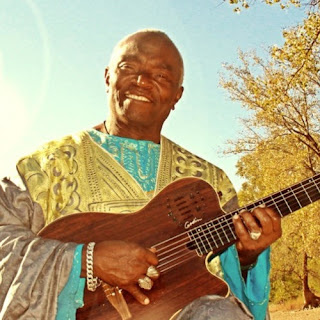 Palmer’s Patio Preview from Live from Minnesota ~
This Saturday at Palmer’s Bar, KFAI’s “Live from Minnesota” will present an eclectic lineup of Twin Cities musicians featuring Congolese Soukous and Rumba guitarist Siama, SotaRican rapper and Boricua singer Maria Isa, and the punky sludge-pop trio Wannabianca. All sets will be recorded for later broadcast on both KFAI and the St. Paul Neighborhood Network.
To prepare for the show, we’re going to preview the artists on the bill. We’ll be airing live Siama performances from the programs Live from Studio A in Duluth and The Roadhouse from WTIP – North Shore Community Radio in Grand Marais. You’ll also hear stories from MinneCulture’s Ryan Dawes and a Minnesota Music Profile from Jazz 88’s Phil Nusbaum. Lastly, we’ll close with a previous “Live from Minnesota” Marisa Isa session and recent tracks from both her and Wannabianca‘s latest EPs. “Live from Minnesota” is supported by the Minnesota Arts and Cultural Heritage Fund.