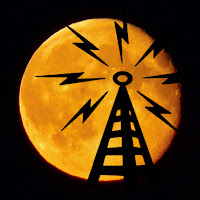 Sonic Flavor: The Lyricism of D Mills by Dixie Treichel
A sonic portrait of Minneapolis rapper Diane Miller aka D Mills who creates thought provoking hip hop work that expresses her authentic self and engages the audience with a fusion of sonic flavors.

BYO Boat at Float-In Theater by Paul Brohaugh
As COVID Summer 2020 heated up, Minnesotans got creative about socially distant summertime events. Parks and outdoor recreation venues saw a surge in visitors and drive-in theaters are back in style. KFAI’s Paul Brohaugh took his family to Silverwood Park in St. Anthony, just north of Minneapolis, to see their version of a socially-distant outdoor movie.

The Master of Deception: John Ivan-Palmer Remembers His Magician Father in New Memoir by Britt Aamodt
The Minneapolis of the 1950’s offered a thriving entertainment scene that lured men and women with money to spend into dozens of theaters and burlesque clubs. Variety performers arrived from all over the country, contortionists, jugglers, ventriloquists, dancers–and a magician with a Clark Gable mustache known as the Master of Deception. In 2020, the magician’s son, John-Ivan Palmer, wrote about his father Jack Pyle and the era of variety floor show entertainments in his memoir “The Master of Deception: A Son Searches for His Father in the House of Illusion.”

Manure-Covered Farmers and Other Acts of Powerline Protest by Charlotte Colantti
On March 5, 1978 in subzero temperatures, about 10,000 farmers marched across Pope County, Minn. in a staged funeral procession to mourn the death of Justice. The funeral, complete with horse-drawn hearse and giant puppets, was just one episode in the 6-year protest movement to stop the routing and construction of a high-voltage powerline through Western Central Minnesota. With the help of archived audio from the Minnesota Historical Society’s Oral History Project, KFAI’s Charlotte Colantti shares this short history of rural civil disobedience.

Medicine for Hearts: The Works of Poet Lisa Marie Brimmer by Dixie Treichel
Poet Lisa Marie Brimmer writes with heartfelt expression addressing personal and social issues. They are a co-editor of Queer Voices: Poetry, Prose, and Pride Anthology from the Minnesota Historical Society Press and their work has been published and performed nationally and internationally. Lisa currently teaches at Century College.

Free In My Mind: Surviving Incarceration Through Music by Anna Stitt
Two Minnesota musicians, Amanda Weber and Natalie Pollard, are starting what is thought to be the first re-entry choir in the U.S. Pollard shares the ways music sustained her in prison and connected her with Weber. This story also features music by Natalie Pollard and the Voices of Hope women’s prison choir at the Minnesota Correctional Facility – Shakopee.