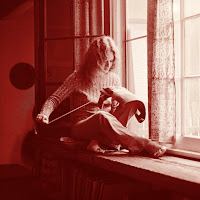 Tapestry Turns Fifty from Joyride Media ~
Carole King’s 1971 masterpiece celebrated its half-century anniversary on February 10th, 2021. All these decades later, it’s easy to take Tapestry for granted. For many, it has just always seemed to be there. But last year Rolling Stone labeled it as the 25th Greatest Album of All Time and, upon its initial release, it was the Number One record in the country for an astonishing 15 weeks straight. In this music-heavy one-hour special, we’ll hear insightful interviews with King herself, producer Lou Adler, her friend Graham Nash, and journalist David Wild of Rolling Stone. Their comments touch on nearly every aspect of the album’s production, its impact on the music industry, Carole King’s songwriting process, and how her career developed from the Brill Building to Tapestry. This documentary was produced by the team of Paul Chuffo and Joshua Jackson at Joyride Media and is hosted by Rita Houston.