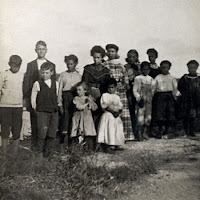 Malaga Island: A Story Best Left Untold by Rob Rosenthal
In 1912, the state of Maine evicted a mixed-race community of about forty-five people from Malaga Island. It was an act of racism, eugenics, and political retribution. Eight islanders were committed to the Maine School for the Feeble-Minded. The rest managed as best they could. The state moved the island school to another island. Then they dug up the graves and reburied the remains in the graveyard at the Maine School. The Malaga community was erased. For generations, descendants feared to speak about what happened to their families because of the local stigma of mixed-blood and feeble-mindedness. Others would rather forget the incident altogether – a story best left untold, some say. But here is that story.