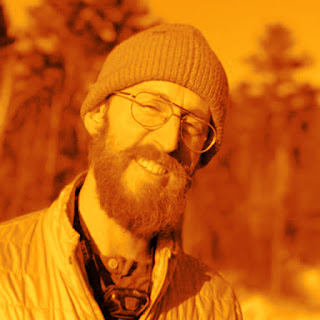 Dogs + Skis = Skijoring by Ryan Dawes ~
Cross-country skiing and dog sled racing are among Minnesota’s more popular winter sports. But what if you combined the two? KFAI’s Ryan Dawes reports on an outdoor activity called “skijoring.”

A Violinist Grapples with Death by Ryan Dawes ~
Near the end of his life, Franz Schubert composed “Death and the Maiden.” Two centuries later, violinist Patricia Kopatchinskaja grappled with the dark subject as she and the St. Paul Chamber Orchestra brought the piece to life for new audiences. Their recording won a Grammy award.

Washboard For The Modern Folk by Ryan Dawes ~
Minneapolis percussionist Mikkel Beckman doesn’t want the spotlight. He’d rather settle into the groove of his bandmates. He’s a washboard percussionist who stretches the boundaries of his instrument beyond the hills and hollers of American folk music.

Unfamous Rock Manager Tells All by Ryan Dawes ~
Owen Husney isn’t famous. Few rock managers are. In his new book—Famous People Who’ve Met Me—Husney tells all about the Stones, Joplin, Hendrix and a particularly singular Minneapolis musician you might know.

Drone, Not Drones by Ryan Dawes ~
If you’re pissed about drones dropping bombs on innocents, the Twin Cities has the perfect music festival for you. Drone, Not Drones, is a 28-hour music marathon, hosted every spring at the Cedar Cultural Center in Minneapolis. KFAI’s Ryan Dawes filed this musical mixtape on an event that raises funds for Doctors Without Borders.

Trespassers Welcome, Bring Binoculars by Ryan Dawes ~
Imagine a bus load of complete strangers tromping through your front yard, carrying spotting scopes, binoculars, and cameras with telephoto lenses. It’s just a day in the life for these Minnesotans and their famous feeders.
The Global River of Soukous by Ryan Dawes ~
Siama Matuzungidi grew up near the Congo River in south central Africa. Today, the Minnesota musician lives near another mighty river, the Mississippi. His new album, “Rivers,” is inspired by both the Congo and the Mississippi and incorporates music from many cultures.

Playing the National Anthem on a Pipa? Gao Hong Brings It by Ryan Dawes ~
When the Minnesota Timberwolves asked Gao Hong to play the “Star-Spangled Banner” before a game, she was nervous. This would be the first time most fans had heard her – or anyone – play the Chinese pipa. And she wanted them to love it.

Baseball Organists Still A Hit With Minnesota Fans by Ryan Dawes ~
While organ music has been played at baseball games for well over 70 years, many stadiums have opted to replace their organs with canned music. Yet strongholds like Target Field in Minneapolis preserve the tradition today. KFAI’s Ryan Dawes spoke with ball park musicians about the pairing of organ music with America’s pastime.

Goofy, Not Hateful Soccer Fans by Ryan Dawes ~
In other countries, soccer fans are sometimes known as hooligans or thugs. That’s because they sometimes get drunk, fight, or maybe taunt players with racist or homophobic barbs. But in their own version of Minnesota nice, one group of soccer fans is aiming for both rowdy and respectful.

Just a sampling of the brilliant work created by Ryan Dawes. Hear lots more at his SoundCloud account.